“TAG albums have historically been a highlight for us at RARB, and Six Feet Apart is no different. It's a true testament to the strength of the program at Cypress Lake High School that the pandemic seemingly didn't affect the quality of this group's vocals or recordings, despite a lack of group rehearsals and an unusual recording setup.” - Catherine Lewis

— Recorded A Cappella Review Board

You Participate in Every Performance

Every member is an important part of an ensemble and will be featured in every performance given by the vocal department.

Your Chance at Stardom

The vocal department has had three members featured on national singing competitions.  No other school in the country even has two.

An Opportunity to be a Member of The A Cappella Group

TAG has earned a national reputation as a contemporary A Cappella group and won the High School Championship at the National A Cappella Convention in 2018 in Memphis.  They have appeared at New York City in the National Finals of the International Championship of High School A Cappella.  The group has recorded fourteen studio albums and won countless awards for their recordings.  Vocal department members make up 95% of The A Cappella Group and it is very rare to find non-vocal major girls in the group.

The Chance to be a Star

Vocal Cabaret concerts each year, give each member a chance to shine in the kind of music they enjoy best.  You will get to perform the style you sing best as a soloist or with your friends in a small group.

The Chance to Travel and Perform Around the Country

Whether you have dreams of performing opera at the Met, performing in a Broadway musical, winning The Voice or American Idol, or just being an accountant, lawyer or businessman; the Vocal Department has a place for you.

If you love to sing, this is the place for you. 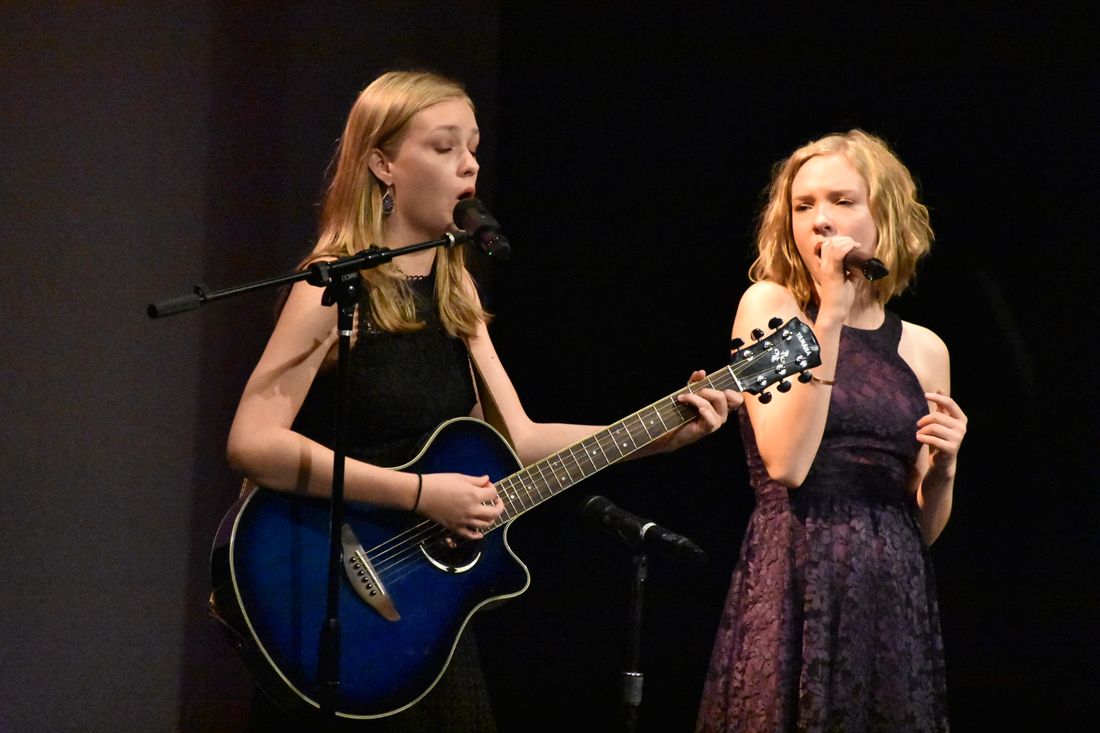 (Mr. Stroh is the one on the left)

Mr. Stroh is currently in his 21th year at Cypress Lake Center for the Arts and his 33nd year of teaching.  He is a graduate of Ball State University where he graduated magna cum laude with a degree in Music Education.   In addition to teaching, Mr. Stroh is a sought after pianist and has played with the Southwest Florida Symphony, The Gulf Coast Symphony and at Broadway Palm Dinner Theatre.  He has also played at and served as musical director and many other smaller theatres around the state.  Mr. Stroh is a member of the American Choral Directors Association, Florida Vocal Association and the National A Cappella Education Association.  He is also an avid Roller Coaster Enthusiast and member of The American Coaster Enthusiasts. having ridden over 430 different coasters around the world, Mr. Stroh always ensures that vocal department trips almost always have the opportunity for students to ride roller coasters.

Audition to Join the Fun!

Prepare two songs and be prepared for tonal memory

The vocal audition will consist of two songs and a tonal memory exercise.  Pick two songs that you sound great on.  You can choose from a variety of styles - classical, musical theatre, pop, country, indie, etc.  Try to pick two songs that contrast.  For example, one song from two different styles, or one up tempo song and one ballad.  Your songs must have accompaniment.  This could be a karoke backtrack or a recording of a piano or you can bring a live accompanist.  The tonal memory exercise will be done after you perform your two songs.   You will be played a note on the piano and you sing it back using a La syllable.  We will add a note to the first note each time you sing the notes back correctly until we get to a maximum of 12 notes.  This exercise is used to determine how well you can match pitch.